According to the Woodnorth community history in Trails Along the Pipestone (published by the R.M. of Pipestone History Project, 1981) the first school in Woodnorth, Manitoba opened in 1910, with one teacher and fourteen pupils, housed in the British American coal shed. There is a picture of the class and their teacher Miss Hanna Jean Haw in the book on page 724.

Although the Minutes of the School Board from the early years have not yet been found, the record books of Revenue and Expenditures survive. Images of the pages for 1910 through 1918 are posted below. Although the ledger contained seventy-five double pages, only twelve pages were used. At the end of the school year in 1918 the books were closed off and the remaining funds were transferred to the new Consolidated School that Woodnorth had formed with the Daybreak community whose school had burned down.

These entries give a picture of the costs associated with this early school and of the sources of revenue for the school district. Some money came from the Province of Manitoba but the bulk of the funds were provided by local ratepayers and by the R.M. of Pipestone in which the town and its school were located. Occasionally, other small sums were deposited such as the twenty-five cents passed on in March 1916, by the teacher, from a scholar, to cover the cost of a broken window.

The recording of the teachers’ salaries also gives us the names of the teachers who served the community. There is further biographical information about some of the teachers in the Manitoba Historical Society’s website under the heading “Memorable Manitobans”.

Where I have a photo of the teacher I have included it as well, the better to remember and recognize those who taught at Woodnorth School. Some married and remained in the community while others moved on to teach elsewhere. There are also photos of school classes and teachers for the years 1951, 1953, 1960, 1961, 1962, and 1968 in another section of this website. The teachers included in those pictures are marked below with an asterisk * and can be seen with the classes they taught at:    WOODNORTH, Manitoba, Canada

Most teachers taught for the usual School Year from Sept to June unless otherwise noted.

TEACHERS at Woodnorth School from 1910 through June 1918 include:

Sept 1916 to end of Dec 1917 – Miss Mary MUIR (1888-1977) of Deloraine, Manitoba. Early in 1918 she married local farmer, merchant and member of the School Board, Joseph Pattinson Richardson. She later served on the Woodnorth School Board herself, in the 1920s.

The books for the one room school were closed off at the end of the 1918 school year and the WOODNORTH CONSOLIDATED SCHOOL opened in the Fall 1918 with two classrooms and two teachers, one of whom was hired to be the School Principal. In September 1924 they opened a third classroom and started to employ three teachers each year. For some years (e.g. 1944 – 52) the number of teachers dropped back to two. Not sure why this was – perhaps for financial reasons, lack of enrollment, or difficulty in recruitment.

The High School closed in June 1962 and students from Woodnorth were bused to Virden Collegiate, fourteen miles away. The remaining two rooms, serving grades 1 through 8 remained open until June 1968. After this date the elementary school children were also bused to Virden. It seems that grades seven and eight were bused a little earlier – sometime between the Fall of 1963 and the Fall of 1967 as the final photographs of the Woodnorth School classes include only Grades one to six.

Most of the names and dates have been extracted from the Woodnorth School Board Revenue and Expenditure Account Books (where they exist) as the teachers’ salaries there are listed by name.  I have assumed that the person getting paid the higher salary was the Principal but have not always confirmed that by searching through the Minutes. Dates refer to the school year – Fall thru the next June – unless otherwise noted.

1946/48  – Miss Nancy PITTENDREIGH from Rapid City, Manitoba. In October 1947 she married Glen Gardiner, farmer in the Boss Hill district, and is then listed as Mrs. G. GARDINER.

1948/51 – Mrs Julia JOHNSON* (Principal). She boarded with Donald and Susan Munro in Woodnorth. 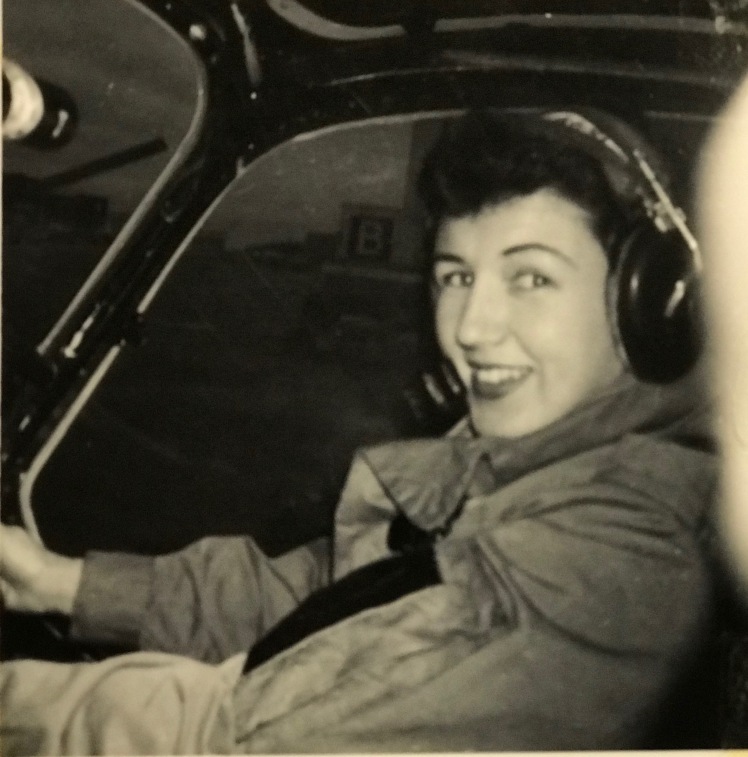 Heather Anderson joined the Canadian Navy shortly after teaching at Woodnorth and I think this picture was taken as she pursued that career. (Photo courtesy of Keith and Brenda Cameron.)

Fall of 1962 to June 1967   – I am still trying to find the names of teachers from this period. Two names have been identified but not the year(s) they were there: George Ferley and Jim Mudry. 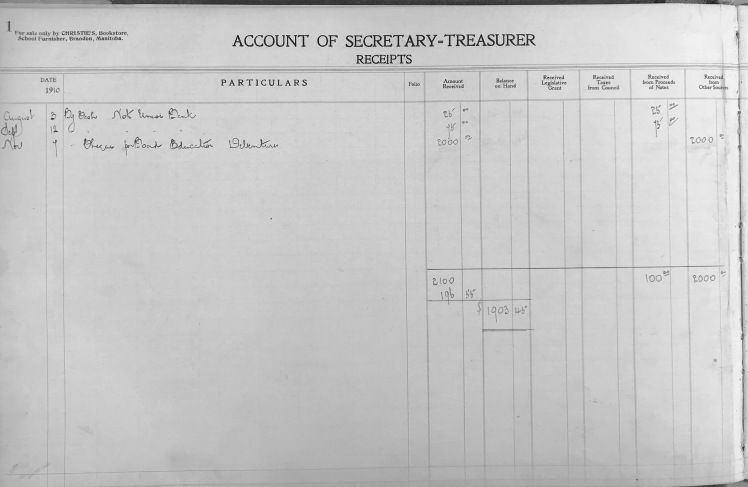 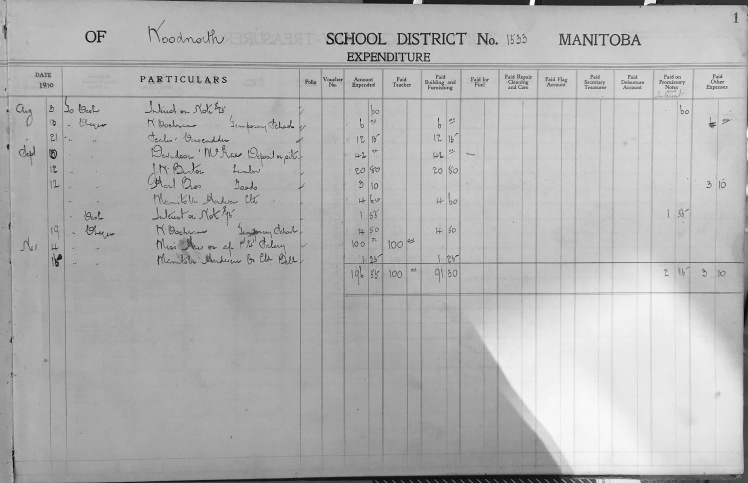 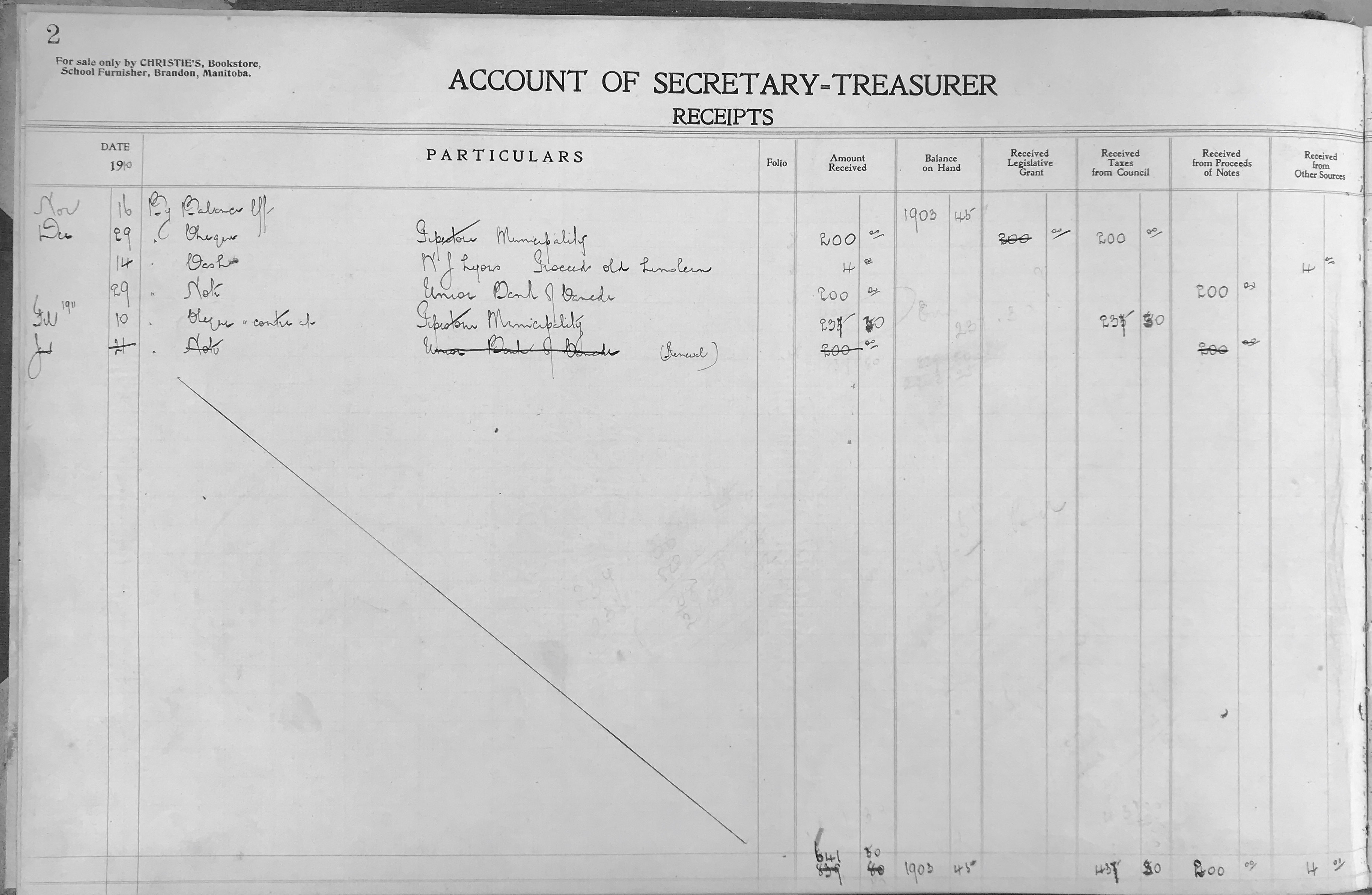 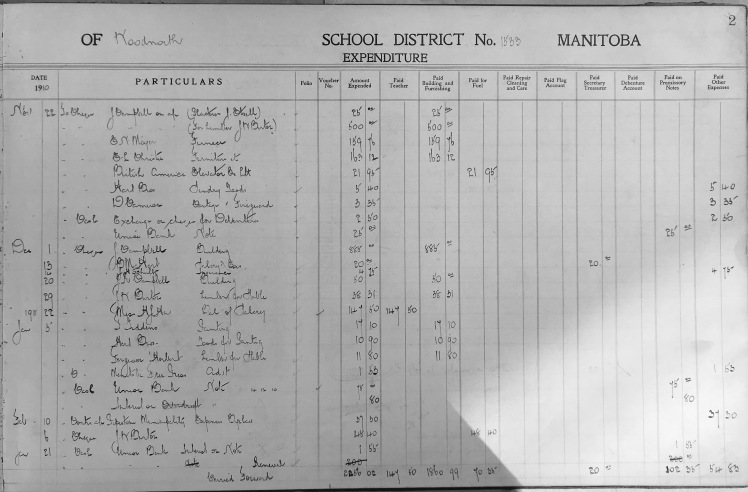 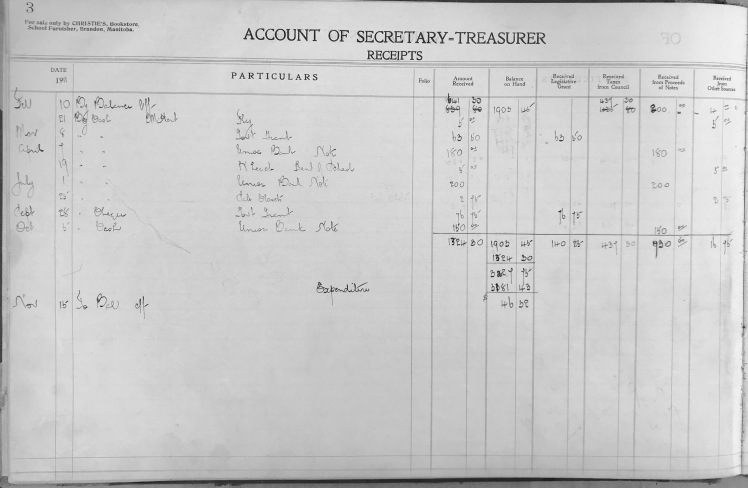 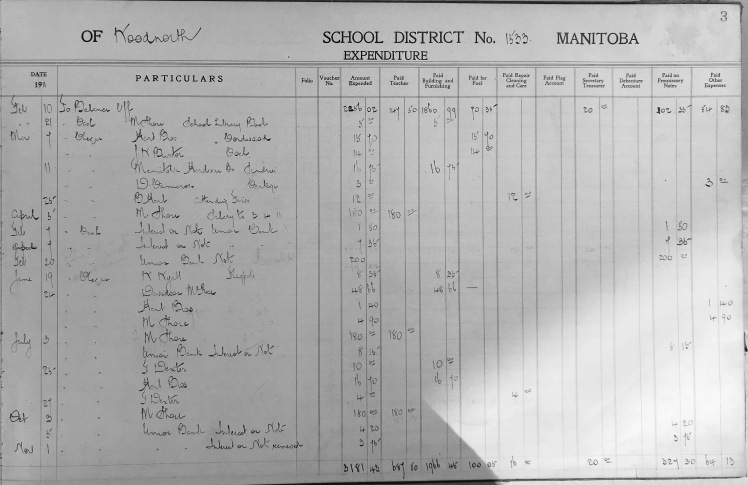 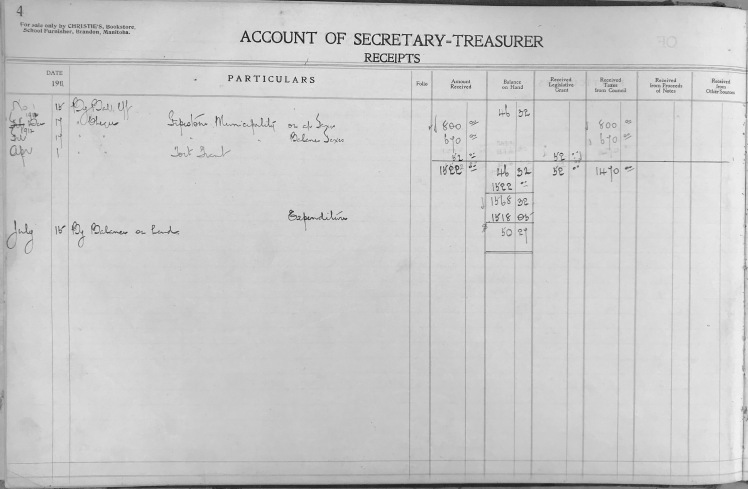 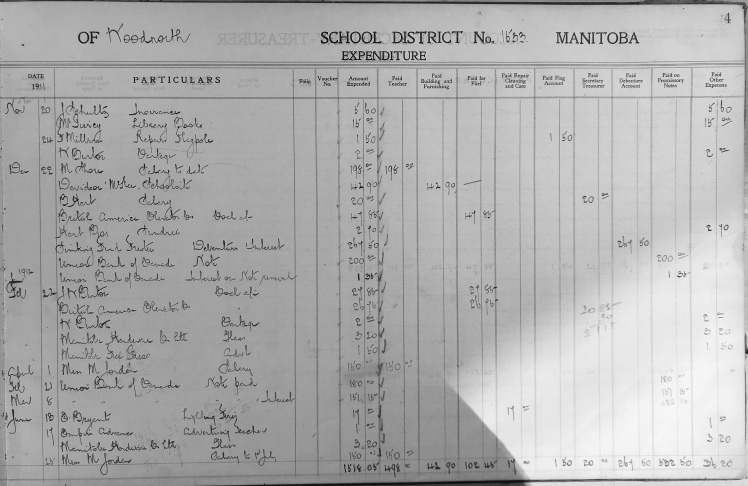 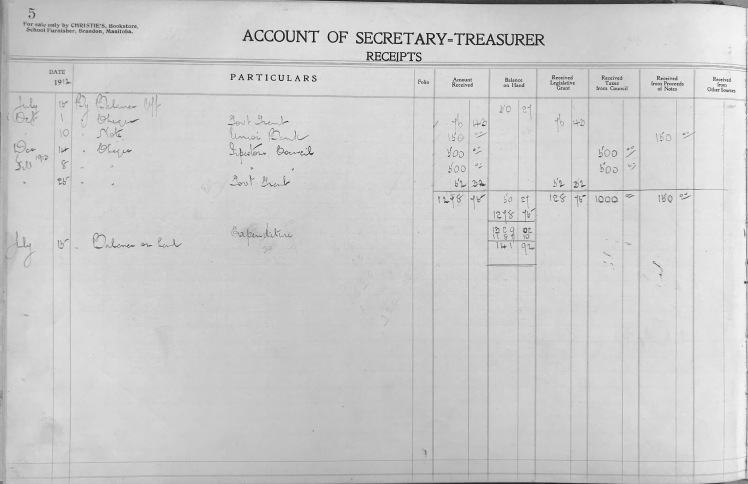 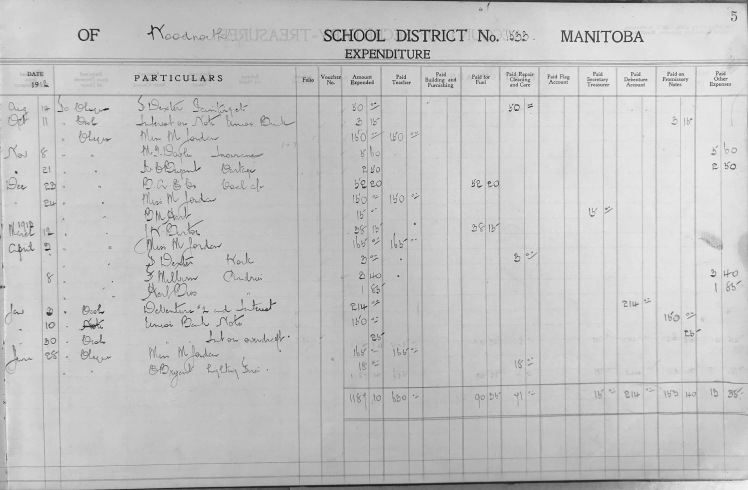 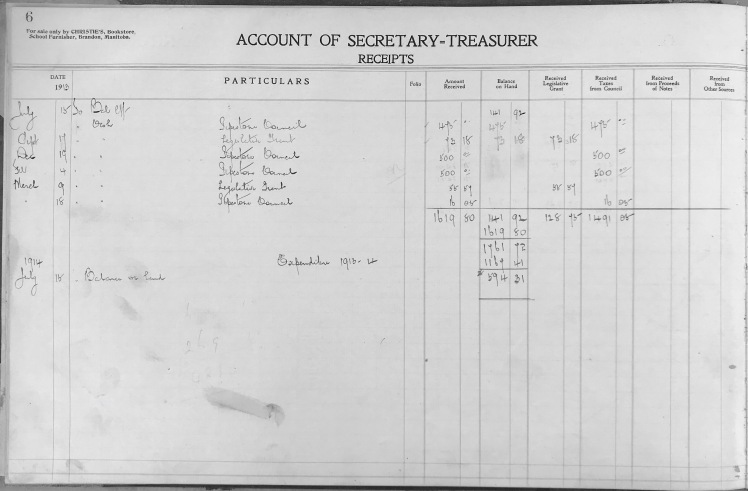 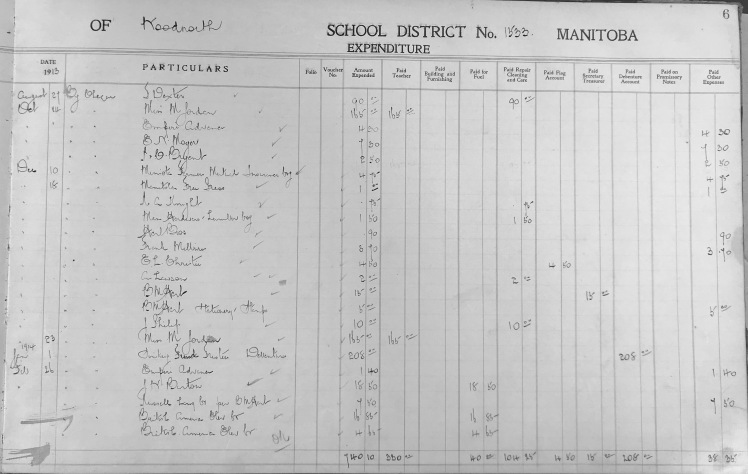 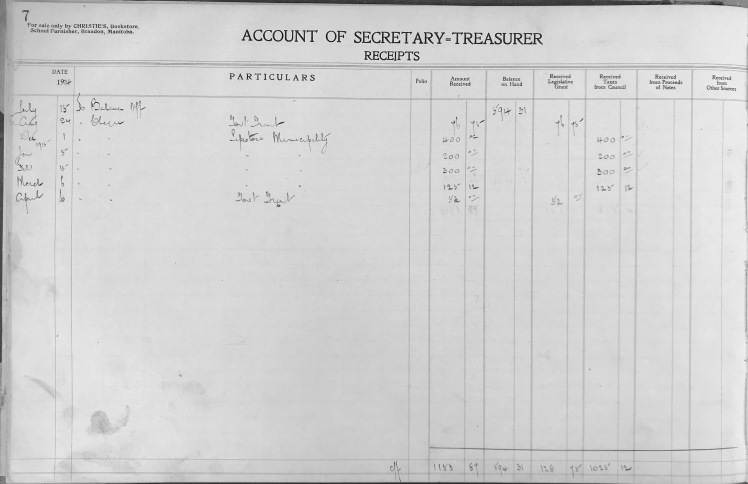 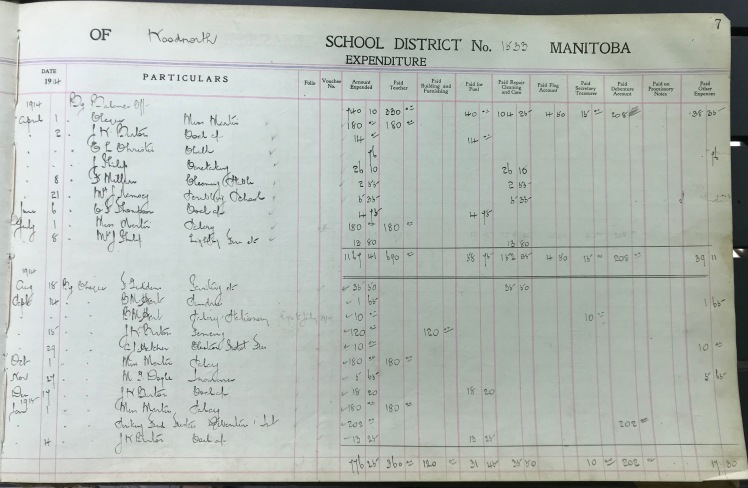 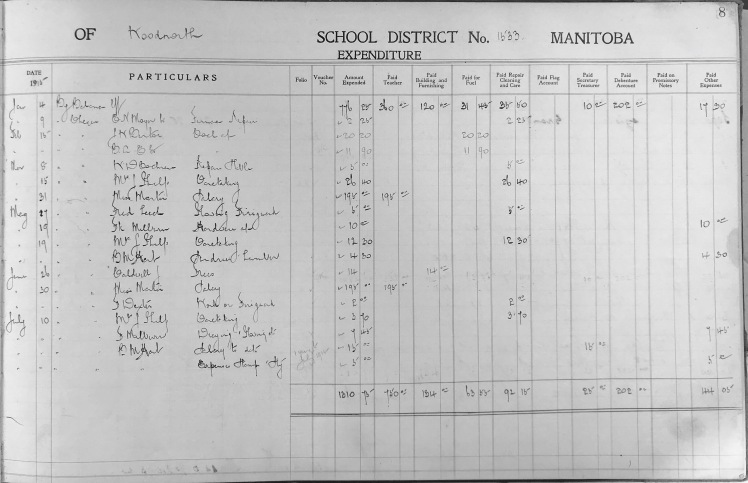 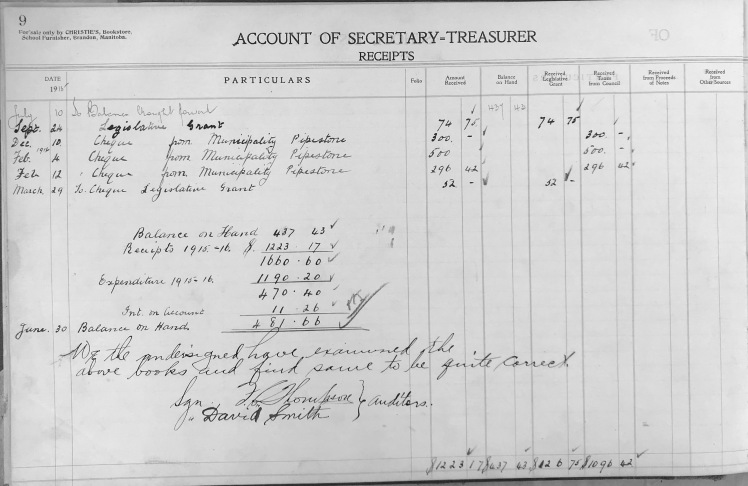 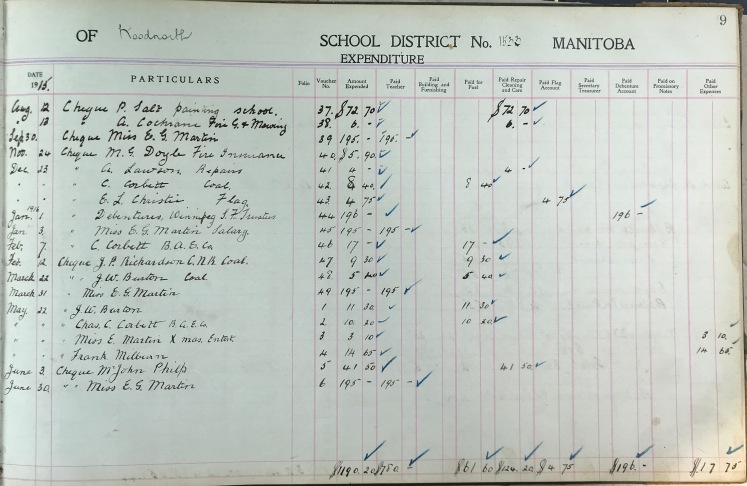 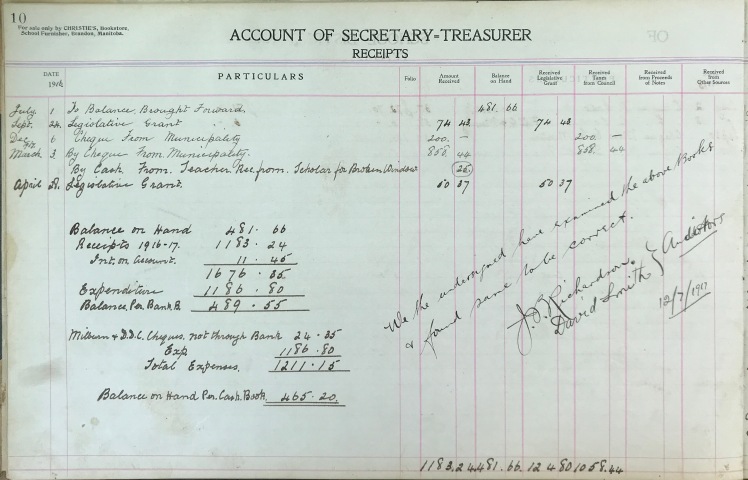 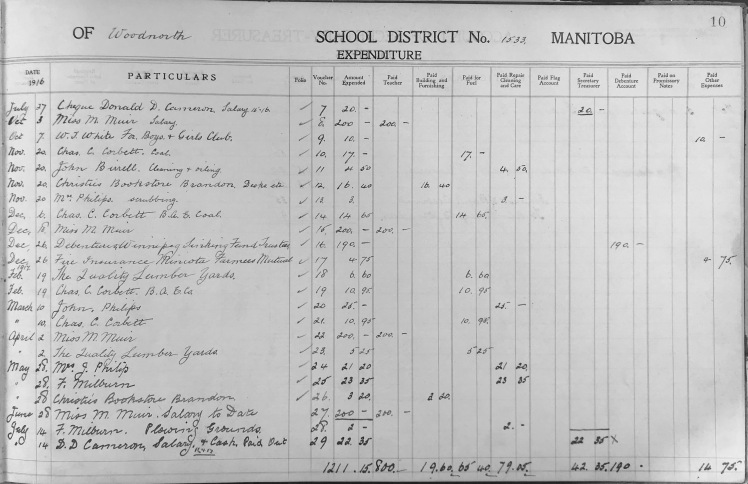 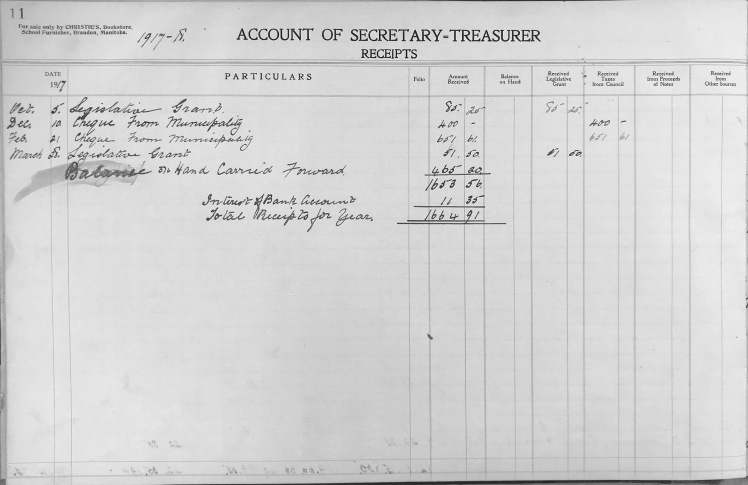 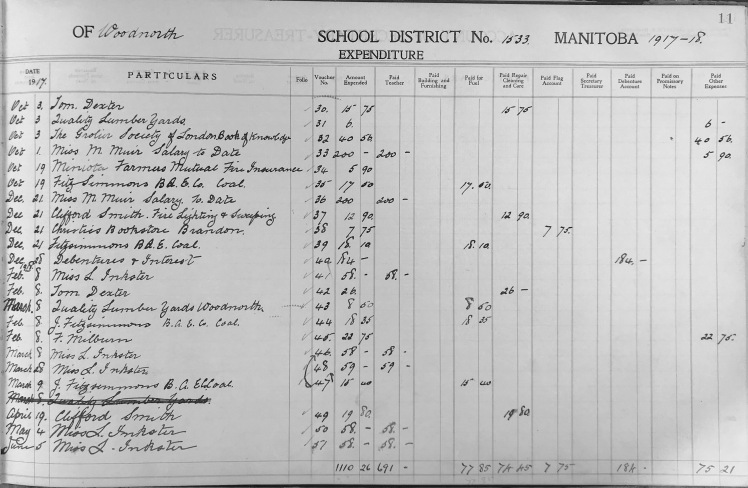 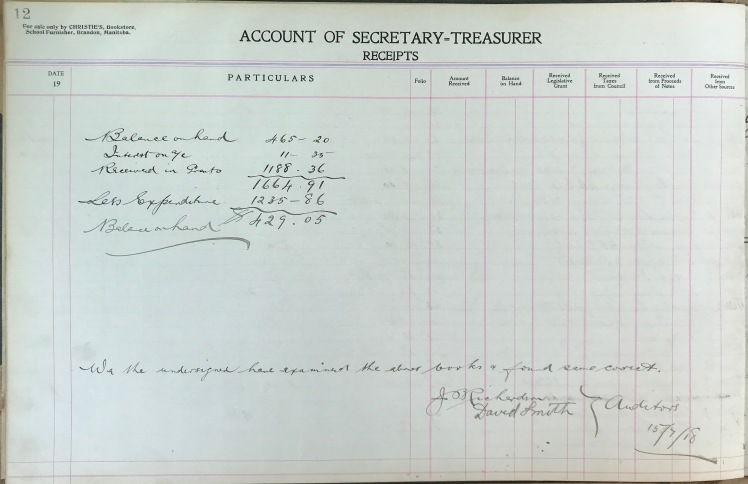 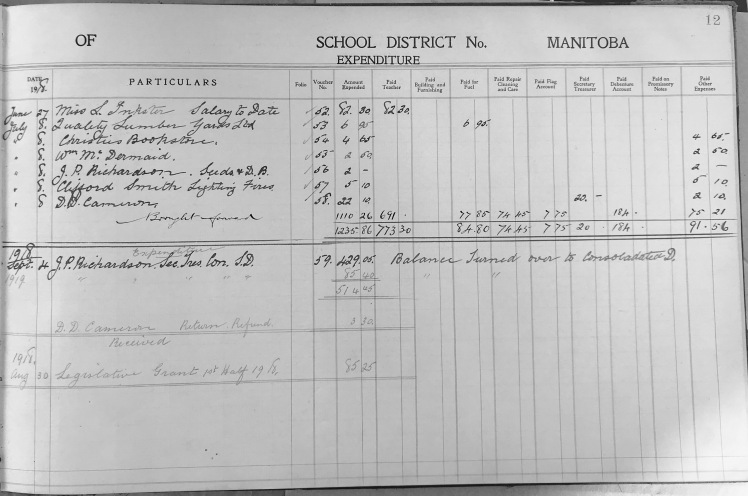 Also of interest may be the Woodnorth Consolidated School #1533 Board Minutes which are in other sections of this website: